Hello and welcome to Only on Tuesdays! One of the main pieces of advice that many novice DM’s first hear is to use all 5 senses when describing the world to their players. While this is very important, there is far more to descriptions than the Aristotelian senses. This article aims to add more depth to descriptions, in an effort to give your world more character.

One of my most enjoyable roles as a Dungeon Master is creating a vivid world for my players to hop into and explore. I love showing them something fantastical and giving them the free reign to play around inside of it. Painting a scene and bringing it to life is vital to immersion, and without descriptions, Dnd just becomes a dice game. One of the first tips many Dungeon Masters hear is to use the 5 senses while describing a scene. This is extremely important because, without it, you are missing out on amazing detail that will really suck your players into the world around them. But there are more to scenes than just the 5 senses.

One of the main drawbacks to this kind of advice is that it encourages the DM to do more telling instead of showing. Show Don’t Tell is one of the most important pieces of advice I have ever learned as a DM, and that especially applies here. When you are only describing the 5 senses of anything, you are telling us about that thing instead of showing it to us. Descriptions come in many different shapes and sizes, and here I give the example of a crazy goblin attacking you with a knife. 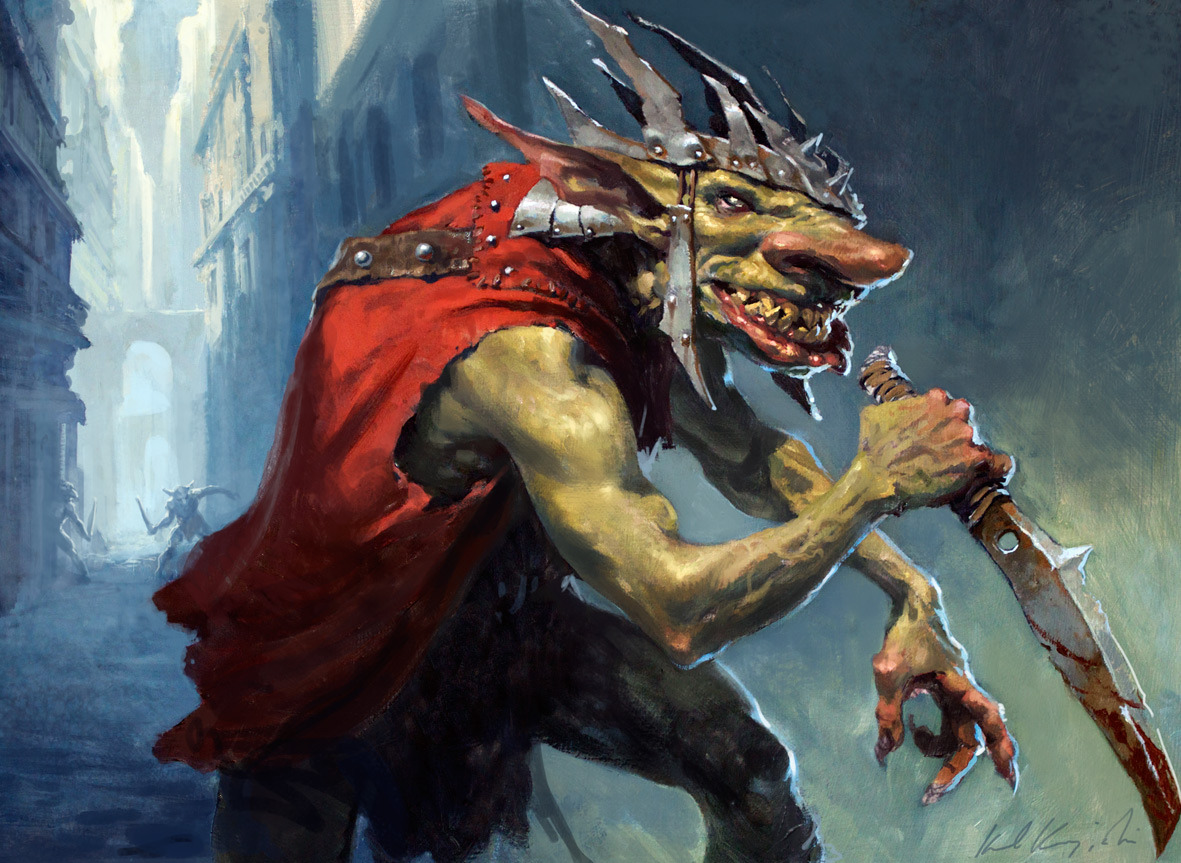 The goblin reaches out and slashes at you. You are cut across the arm, and blood begins to pour out.

The goblin slashes at you, and a searing pain courses through your arm. The metallic smell of blood soon hits your nostrils.

This description is much better. Adding in additional senses such as pain, and smell can really add a lot to a scene without taking a lot of extra breath. This paints a much clearer scene for only 2 more words. But even as good as this description is, there is still more that can be done with it.

The goblin cackles as he slashes you across the arm. Pain flares through your body and the goblin takes a deep breath, relishing the scent of your blood.

What this description brings to the table is character. As I was saying earlier, one of the biggest rules in storytelling that I have learned is the principle of Show Don’t Tell. There is a huge difference between saying that the goblin is crazy, and describing it’s actions to convey that it is crazy. Descriptions are far more than just a couple of words describing the scene around you. They are the window through which your players see the world.

The 5 senses are incredibly important for describing the world around us. It is how we interact and interpret the bombard of information we receive every day. And while these senses are important, a world with only these senses would still be devoid of life. Life is as much our reaction to it, as it is our interpretation of it. Bringing this into your Dnd world means using more than the 5 senses to describe your scenes and characters.

When describing the world in this way, the main thing you want to focus on is how the characters react to the world around them. Instead of saying a pungent smell fills the streets try civilians walk around with their cloth covering their noses. Doing this builds character in both the world and the NPC’s, and raises more questions than the simple description could provide on its own.

Another way to describe with character is to give the location character. For example, a dark alleyway can be described in a multitude of ways. Giving it character can provide an excellent description that can really change the way your players view something. Instead of a dark alleyway, it is moody, brooding, sulking, or more. Describing locations with the intention of creating emotions can provide a lot to scenes that would otherwise be as simple as the dark alleyway.

While the 5 senses are very important to show off your world to the players, descriptions can be far more than just telling your players what they see.  When utilizing only the 5 senses and nothing else in your descriptions, you are falling into the trap of Telling instead of Showing. By providing a character’s reaction to the world around them, instead of describing the world, you provide an excellent opportunity to show your players your world instead of telling them about it. Thank you all for reading, I hope you have a great week and an amazing Tuesday!

Also be sure to check out my host Game Grid Lehi for MtG and Dnd products!