One of my most favorite roles as the Dungeon Master is creating the Big Bad Evil Guy (BBEG). This is the villain entire campaigns strive towards, a person that is simultaneously sympathetic and beyond saving. These are your Magnetos, Darth Vaders, and Jokers. The BBEG is the driving force behind the campaign, the glue between the party. And yet, as much as I enjoy the villain, creating a compelling and exciting villain is incredibly difficult. Trying to create someone who is personally tied to each of the players, the foil to the heroes, and is more than just a mustache-twirling puppy kicker is something I and many other people struggle with. I know I personally haven’t ever made a villain that compares to these cultural icons, but today I am going to try to dissect the process and see what makes a good villain for Dnd.

One aspect that is apparent for all of the great villains in history is how they are the foil to the hero. Batman is law while the Joker is chaos, Xavier wants equality Magneto wants dominion. Creating a foil to the hero is a very powerful way to create a compelling conflict that can last for a long time. The problem with Dnd, however, is we have more than one hero. We are not writing a story where Luke can face off against Darth Vader alone, we have a game where the entire party is going to face the BBEG at the same time, and all members should be equally invested in the final conflict. Considering most parties can be aptly described as a misfit group of adventurers, creating a foil for this kind of group can be very difficult.

There are a few different methods we can follow to establish a foil for the party. The first method is by identifying a common theme amongst the party. If everyone in the party tends towards a chaotic bent, creating a villain who is focused on the law can create someone who the party will despise. This common theme doesn’t have to be exclusive to the party’s alignment either. If the parties goals are as simple as acquiring treasure, a villain who opposes that common goal (either through stealing the treasure from them, or using taxes to extort it from them) is someone who the party will rally together to destroy. 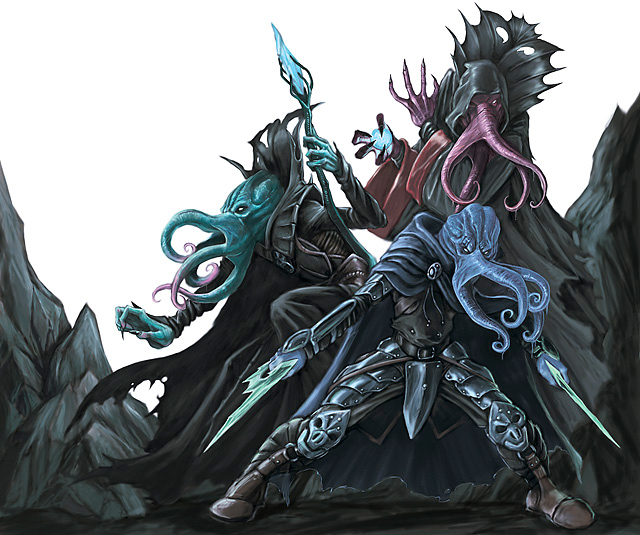 Another method for creating a foil to the party is to create individual foils for each character and combine it all into one person. Sometimes this may not be a viable route, as a party composed of Lawful Good Cleric, and Chaotic Evil Barbarian may create a foil that is pulled in too many directions, but if done successfully it can create a character who is nuanced and unique. You could also take the individual foils of each character, and split them up into a group of villains who all counteract individual players.

Finally, you can also choose to make the villain a foil to the world itself. For example in a world focused on light and happiness, having a villain raise a legion of undead armies would be a natural foil to the world. As the players go through a campaign, they can meet several NPC’s who are foils to the villain which the villain can then put in danger. Even though the composition of the party may change dramatically over the course of the game, the world will always reflect the villain and tell the players why they need to be stopped.

“You can’t have an impotent villain. Those people are just philosophers.”

I really love this line from Outright Geekery in their article on building villains. A villain with a moral philosophy that contradicts the party and foils them is great and all, but without the bite and drive to follow through on anything he says, well, they just end up becoming an NPC with radical ideas. A villain is someone who is in a position of power and is willing to make change. Maybe they don’t start in a position of power when the campaign starts, but by the end of the campaign, your players better be facing someone who demands respect.

It can’t just be that they are powerful though. A lazy monarch could have the power to rule the world but will choose not to. The villain is someone who demands change and will do everything they can to get it. This desire to get what they want/deserve is ultimately what will turn them into a villain. They will go to any length because what the change they have envisioned is more important than anything else. This is the kind of person you can sympathize with, but can’t agree with. Thanos makes an excellent villain in the MCU because he believes that his cause is worth it no matter the loss. His idea is extreme, and his reasoning is loose (just double the resources), but he is a person with power and is someone who demands change. That is what makes him a great villain, no matter what they may believe in.

One final thing I want to note about villains is that they believe that they are the hero of the story. Another reason why Infinity War works so well as a movie is because they frame Thanos as the hero. The movie goes through the hero’s journey for Thanos and shows us why he believes he is the hero. The audience may not agree with him, but he believes it and to him, that is all that matters. Your villains should believe in their goals as much as Thanos believes in wiping out half of the universe.

Creating a compelling villain is as simple as following 3 different steps. First, make them a foil to the heroes or to the world itself. Second, give them the drive and means to exact out a plan. They want change in the world, and they will go through anyone and anything to get it, no matter the personal cost. Finally, make them the hero of their story. They wouldn’t go to such extreme lengths if they didn’t think what they were doing was right. Thank you all for reading, I hope you have a great week and an amazing Tuesday!