Last week I did an AMA (Ask Me Anything) for the lovely folks at r/DndBehindTheScreen. It was a really fun event, and I answered a lot of questions. I figured I might as well share some of the more interesting questions/answers in an article here as there is a lot that I talked about, and hopefully helped people with. If you’d like to see the full post on Reddit, you can follow the link here.

It’s been a decent while since I’ve posted here (about 3 months according to this post here), but I’m happy to say that I’m back and should be posting here more frequently again. Now that I am no longer planning a wedding and am back in my regularly scheduled game my mind will be on Dnd much more.

Don’t know who I am? I am 21 years old (a little young to get married I know) and have been playing Dnd since I first picked up the 3.5 Dungeon Masters Guide before I even knew what D20 meant. I was eager to learn everything I could about Dungeons and Dragons and scoured the internet searching for guides on how to be a better DM. Eventually, I discovered Reddit and made an account so I could participate in all the Dnd subs. /r/DnDBehindTheScreen was made at this time and I eagerly joined as that was exactly the kind of subreddit I wanted to see. After lurking on the sub for a few months I realized that the posts I liked to see, that is posts that talk about the technique of becoming a better DM, weren’t getting posted as much as I wanted them too. I decided that I would be the change I wanted to see in the world and made my first post here “Learn From My Mistakes Series: Issue 01 Puzzles Suck”. The title could have used some work lol.

I really enjoyed posting here and wanted to compile all of my posts in one place so I made a blog called http://www.OnlyOnTuesdays27.com. From there I did my best to put out one post a week, eventually branching out into other topics such as Magic the Gathering which is one of the main things I write about now. Writing for /r/DnDBehindTheScreen has changed who I am and what I want to do with my life. I am now studying for an English major at my college because of those first awful posts I made here 3 years ago. I love the community here and am very happy that I am part of it. I’m not the most skilled DM here or the most experienced, but I love sharing my thoughts about this game and helping other DM’s who want to learn how to become the best DM ever.

With that out of the way, Ask Me Anything!

Q. How have/would you run an encounter with a Beholder? (Asking for a friend.)

What are some highlights of your sessions?

A. I can answer both in one question! Beholders are creatures that need to use 3D space to really be taken advantage of. A Beholder’s lair is not going to be flat, it’s going to be tunnels that travel vertically and have bizarre features that would only make sense if you could float all the time.

One of my favorite encounters with a beholder was when my players traveled up this tower that was filled to the brim with baddies. They finally reach the top, where the goal of their quest was and as they reach for the MacGuffin, a Death Tyrant emerged from the shadows and fired an eye laser at them. They fought it for a little bit, in a room that had 2 floors the first floor where the item was, and the second floor which traveled around the room in a ring. Then when the beholder reached half hp I had him make the roof explode and he traveled outside of it to fight the players. Meanwhile, the guardian of the tower, a massive robot, saw the players and started trying to break through the tower’s forcefield so it could kill the players. It was really awesome and epic and is one of my favorite dnd memories.

Q. Any advice on how to non-confrontationally remind characters about traits they chose for their characters (ex. quiet, loner, pacifist), that you then designed arcs based on, but when it comes to RP they either play as themselves or ignore the backstory they designed?

A. That’s a really tough question. You can’t really force your players to roleplay so I think your best course of action here is to tell them what you have planned for them and see if they can roleplay a little more. If not, try to tweak the content so that they can still get what you’ve prepared for them but don’t have to force them to play in a way that they aren’t comfortable with. Good luck with the games!

Q. What’s the best way to start out a sandbox D&D game?

A. Start with a small town with maybe 50-100 people and include 3 plot hooks. Flesh out the town super well, and make the plot hooks all connect to each other. Then dump the players in the world and see what they decide to do, and what plot hooks they decide to follow. Then after the first few sessions, when you can tell that they want to explore outside that first town you can start building the rest of the world map based off the details and interactions you got in the first few sessions. Don’t be afraid to make stuff up during the sessions either. If the players ask where the nearest castle is, make something up and then after the session write on your map that there is a castle ruled by a baron to the north of the town.

Q. What is your favorite race/class combo and why?

A. Human/Paladin. I like basic stuff lol. There’s just so much potential in how you can roleplay/rollplay them and I really enjoy that.

A. When I first started DMing I made a character that was a crazy necromancer who lived in a ruined castle. He had two undead ogres named Gurk and Yurk and was very friendly to the players when he first met them. He had an eye twitch and it was extremely fun roleplaying a crazy character, and my first time really trying to act. He asked the players if they had any silver because he loooves silver and they showed him their silver and gold. He saw the gold and went batshit and started attacking the players. When he got to low health I had him cast Darkness to try and escape, except all my players piped up saying “I have darkvision” and they killed him unceremoniously. I later learned that darkvision doesn’t work on magical darkness. Oh well, he was fun while he lasted. 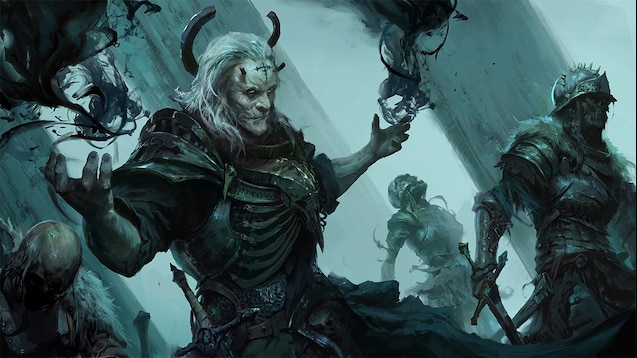 Q. What is your favorite stereotype to flip on its head (e.g. orc wizard, evil paladin, etc.), and, by extension, what was the best scene you created with that stereotype?

P.S. What spell are you going to do for the Grimoire? 😀

A. I like to make the main villain into more of an antagonist than a villain. While the mustache-twirling villain can be really fun, I enjoy having a more nuanced character who can be an ally with the PC’s somedays and others is the enemy. Someone who’s logic makes sense, but is someone who you also need to stop. Reluctant Warlocks are a personal favorite simply because they don’t want to be doing bad things, but are stuck in it due to some bad choices they made along the way.

As for the Grimoire, I wasn’t planning on doing it but now I’ve been cornered haha. I’ll sign up for Create Food and Water, that has to have a lot of worldbuilding potential around it.

Q. What is your advice on worldbuilding and crafting a story worthy of being discovered and played by your players?

A. Build the kind of world that you would enjoy. I’ve tried to create worlds that I thought my players would enjoy and did my best to craft it to their tastes, and before long I became bored with the world and stopped worldbuilding. If you build a world that you are excited to play in, your players will feel that excitement and will want to play. You can throw in things that your players enjoy, but prioritize what you enjoy and you’ll continue to worldbuild and make it something special.

Q. How do you resist the urge to railroad? I’ve discovered I have a problem with this the last time I attempted to DM. I’m trying to combat this by writing open ended plots that don’t depend on the players only taking one possible route or making one possible choice, but what would your advice be?

A. I used to struggle with the same thing. What I’ve learned is that the less I plan for the session the better. I’ll still prepare for the session, but instead of planning out what might happen and creating all these alternate routes of what might happen, I plan to improvise. What this means is I’ll create random encounter tables, figure out what important NPC’s are up to during the session, and let my players guide the story. If the story begins to lag I’ll throw in a random encounter and after the encounter is over I’ll tie it into the main plot. I also try my best to make sure that players don’t roll for things that I have already decided the outcome of. If I have already decided the outcome of a roll I also ask myself if that’s railroading or not. Becoming self-aware of railroading is the first step to becoming a better DM so good job on that! 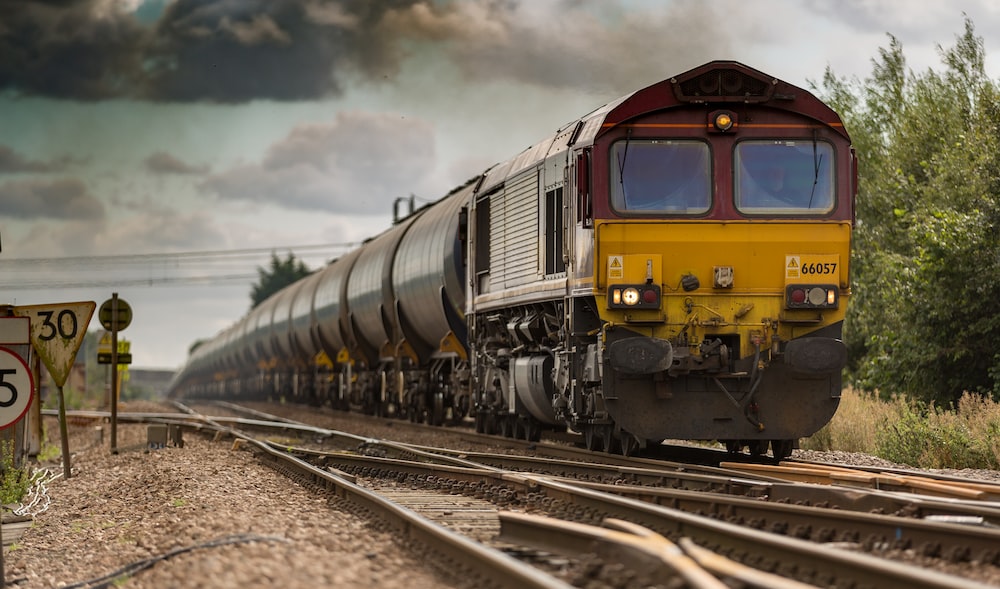 This is just a few answers from the thread, and I’d recommend you check it out if you want to hear my thoughts on Dnd. Feel free to also ask me questions here, as I still consider the AMA to be open and I’ve had a lot of fun doing this. Thank you for reading this article, and a big thank you to everyone who asked me questions.