You’ve built the world, the players have built the characters and you’ve gone ahead and played the first session of the game! Things are going great, the players have characters and locations that they are interested in, and you just finished the hardest part of Dnd and got a game started. With that out of the way, the next step is figuring out the arc of the campaign, and getting players into the real thick of things. Creating a good session arc only requires one thing: interconnectivity.

Connect the Players to NPC’s

If you want the players to care about your world and your story they need to have a connection to it. There are multiple ways to do this, but one of the most effective ways I have found to achieve this is through NPC’s. Whether the NPC’s are friendly, evil, or just weird, players like to connect to characters they can interact with. First, start with the characters your players wrote into their backstories. If they mention somebody, there is a good chance they want you to do something with it. Whether it be a friend, family, or even an antagonist if they took the time to write something down breath life into their backstory by adding those NPC’s to the game. If they didn’t write a backstory (as most players tend not to do) ask your players to provide with you with a few NPC’s. I like to ask for 3 specific NPC’s from my players, an ally, an antagonist, and a third one that fits the campaign (such as a family member or a contact). 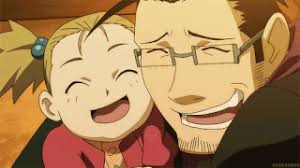 The next thing you can do to connect your players to the world is to identify what characters they interacted with most in the first session. Once you figure out who the players are most interested in, you can plan more about them, figure out their schedules, and maybe even what their plans are. My favorite thing to do is to introduce a villain in the first session, but have them get away before the players can kill them. Without fail, every time I have done this the players have dropped everything to chase after this one bad guy.

When connecting the players to the world through NPC’s, one thing you need to be extremely careful of is not killing off who your players care about. Death is a powerful motivator, but it should be used sparingly. If every character the players ever care about is killed to further the plot, your players will stop forming attachments because of the fear of losing them. They will no longer connect with the world, and won’t be interested in the game. Use death sparingly, and make it matter when you do decide to kill someone that the players care about.

Now that we have the characters figured out, the next part is connecting them all to create a compelling story. If you can all go back to 7th grade and remember the basic outline of a story, the idea of rising action leading into a climax followed by the denouement, you can then use this principle in your games. When planning an arc using this dramatic structure, you can create a compelling series of events that your players will be ecstatic to see every single week. Building up to the big bad (preferably someone the players have already developed a connection with) will help to create a climactic session, and make for a satisfying arc.

Specifically, let’s go over each of the functions of the dramatic arc. Starting with exposition, this is simply where you introduce the conflict and characters to the players. The players should meet all the major players in the upcoming arc, or at the very least learn about them. This shouldn’t take very long, but you should feel free to take as much time as necessary to establish everything. If the players feel like they are lost halfway through the rising action all of the tension you will have built up will be lost, and you will have to go back to the beginning.

Next comes the inciting incident. Find out a reason for the players to go on an adventure and give it to them. Whether it’s a mysterious benefactor offering piles of gold, or a loved one going missing, you need to give the players a reason to go out there. Choose something that is fitting for all of the players, or create individual inciting moments for everyone so that the entire party has a stake in the upcoming events.

The rising action is one of the more difficult pieces to maintain. Depending on how long you want the adventure to last, the rising action could be as long as one session or several years. The key to good rising action is giving the players successes at multiple points in the journey, but not allowing them to finish their final goal until the tension becomes nearly unbearable. One way I like to think of the rising action is if you were to zoom in on the dramatic structure, you would see the same pattern of rising action, climax, and denouement on a smaller scale. By having multiple stories that all lead up to the final event, you can make the final event even grander than it could have possibly ever been imagined.

Finally, we come to the denouement also known as the falling action. This part should be even shorter than the exposition, and should simply serve as a way to tie loose ends together. Ask the players what they wish to do with their characters and finish off the campaign with a neat little bow.

Planning a good session arc is primarily about creating connections. Once the players feel like the world and characters in it are meaningful to them they can have a much better relationship with the story. Nobody wants to watch a tv show where they don’t care about anyone in the story. The same is true for Dnd. Once your players have that connection to the world, you can start to introduce a story, and as long as you follow the basic rules of storytelling you can create a compelling narrative that your players will want to see every single week. Thank you all for reading I hope you have a great week and an amazing Tuesday!